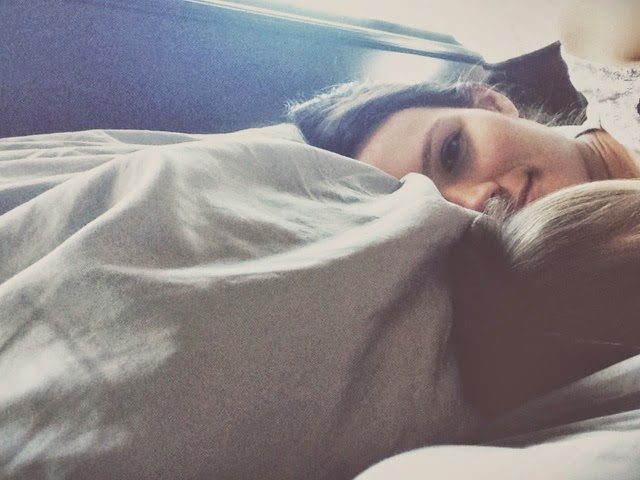 Some say you can't get pregnant while you're breastfeeding. Not true. You might remember, my fertility returned when Penny was only a few months old. We used NFP (sympto-thermal method) to avoid pregnancy for another year or so. I was still nursing Penny about 4-5 times a day when I got pregnant again (December).

And here we are.

Pregnant, I have noticed a gradual decline in my milk supply. I don't attribute this to just being pregnant, but rather to my first trimester of eating very little due to morning sickness, combined with a nursling who eats very much in other foods. Since I got pregnant, we have reduced down to just one feeding per day, first thing in the morning.

Just one, and truthfully I'm not really sure if there's much in there to actually call it a "feeding."

I say this out loud half because my boobs are proclaiming that they want a break before the next nursling comes in September, and half to convince myself that it's true.

I mean, are we ever really ready for our babies to stop being babies and our kids to stop being kids? Of course we are excited for their growing up and becoming who they are going to be, but ready?

There's too much certainty in the word "ready."

Today was the first day Penny didn't nurse first thing in the morning. We woke her up early to go somewhere (in her jammies) so I was already out of bed and dressed when she got up. We didn't nurse. Didn't seem to phase her. I ended up nursing her the one feeding a little later in the day because I didn't want this day to be "the day" without being mentally prepared for it.

April, I've told myself, will be the month. I'll be halfway through my pregnancy and possibly starting to make colostrum for the new baby, don't want my sweet toothed kid to have a taste of that. We are also planning a weekend away (just the two of us) in May so I definitely need to ween before then.


So I guess that means I only have a couple days left.

Penny will be fine. She still nurses with enthusiasm when it's available to her, but she doesn't seem to need it if it's not. It will be out of site out of mind.

Me though, I dunno.

I think this milestone means that, for reals, she's not a baby anymore.  I've nursed this child every day for over 20 months.  I suppose every mother goes through withdrawals no matter how early or late their breastfeeding journey ends, or how many children they've had.

I am going to ween. But not without a few tears to say goodbye to that special thing.