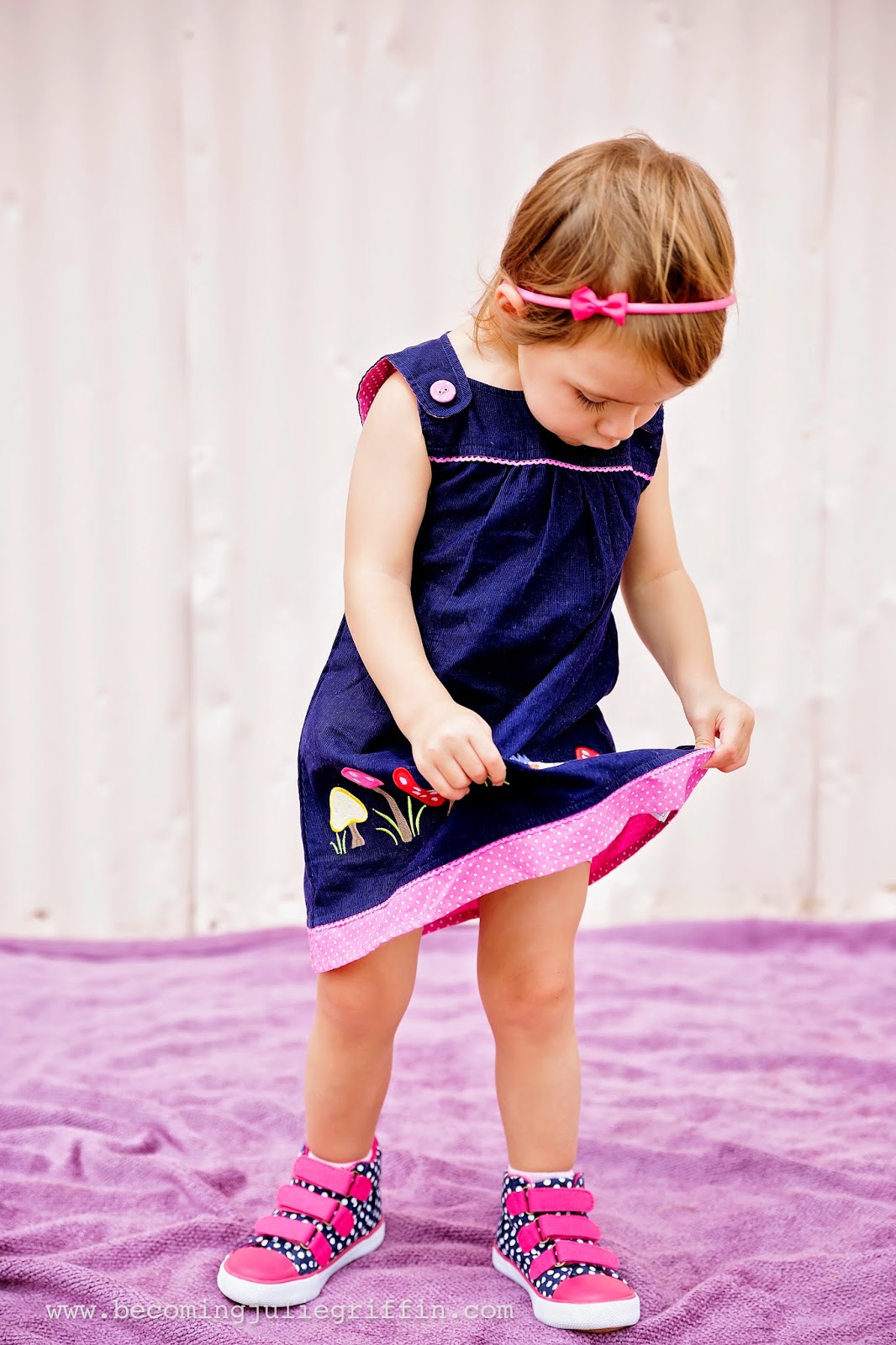 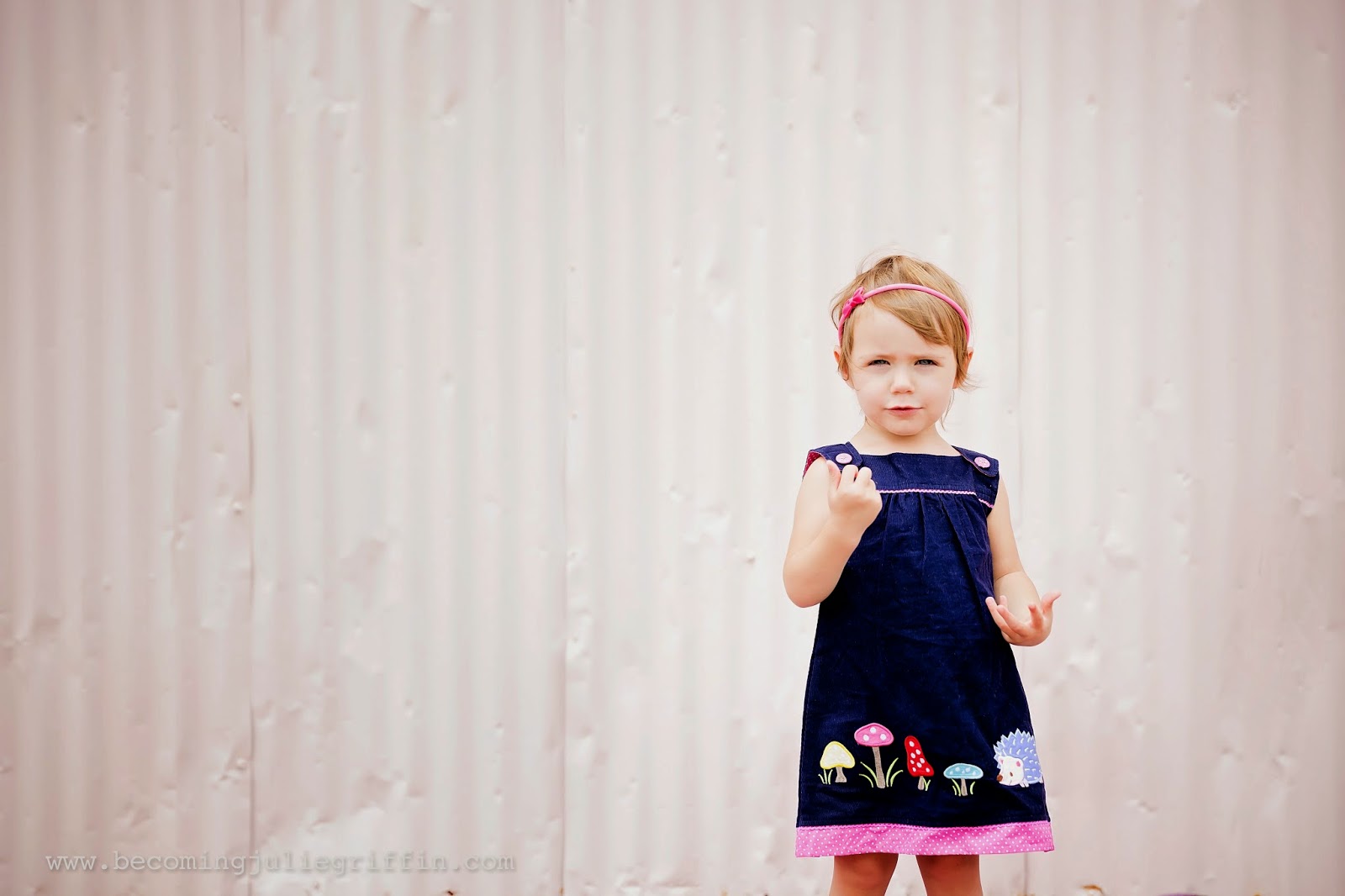 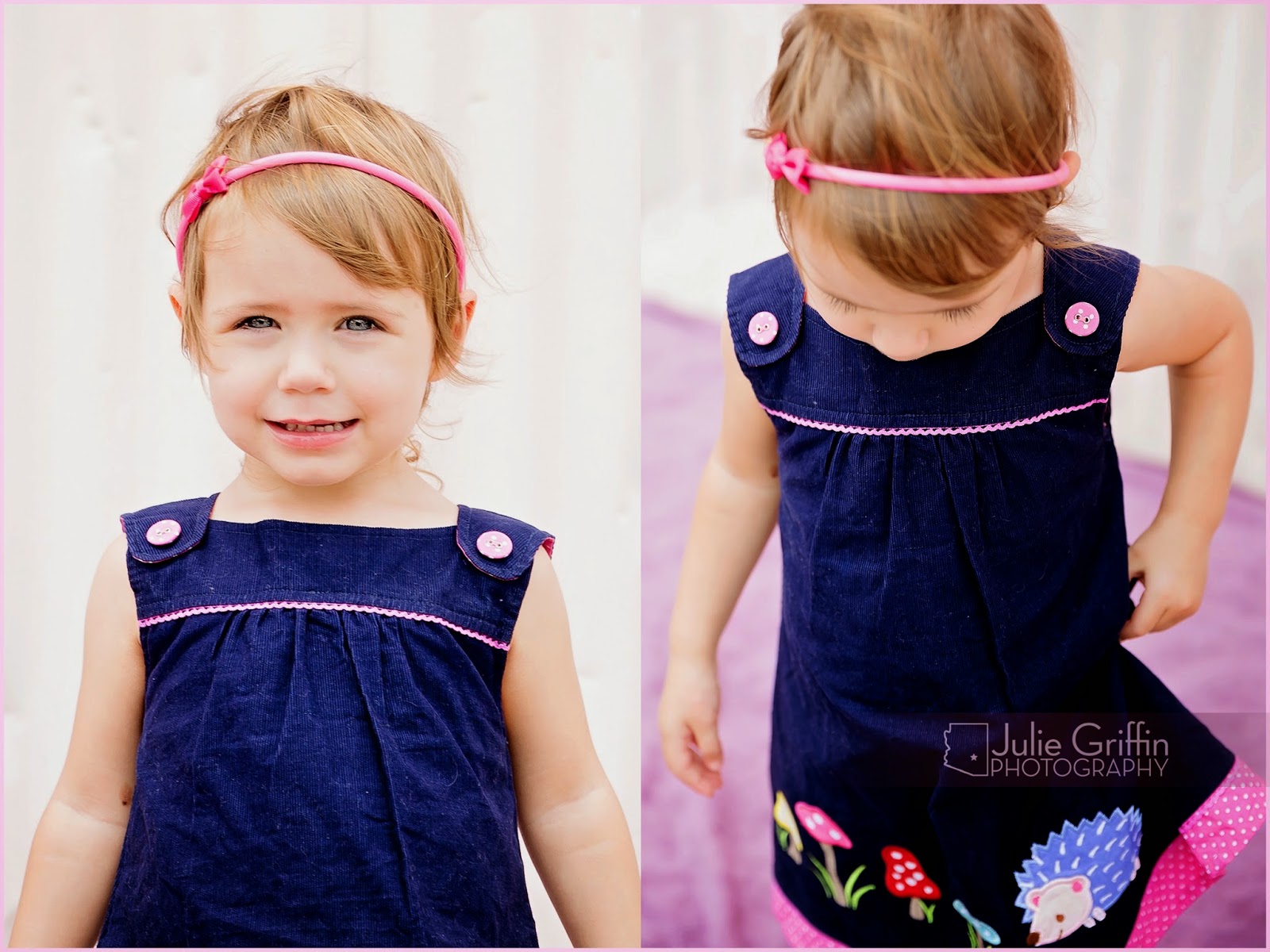 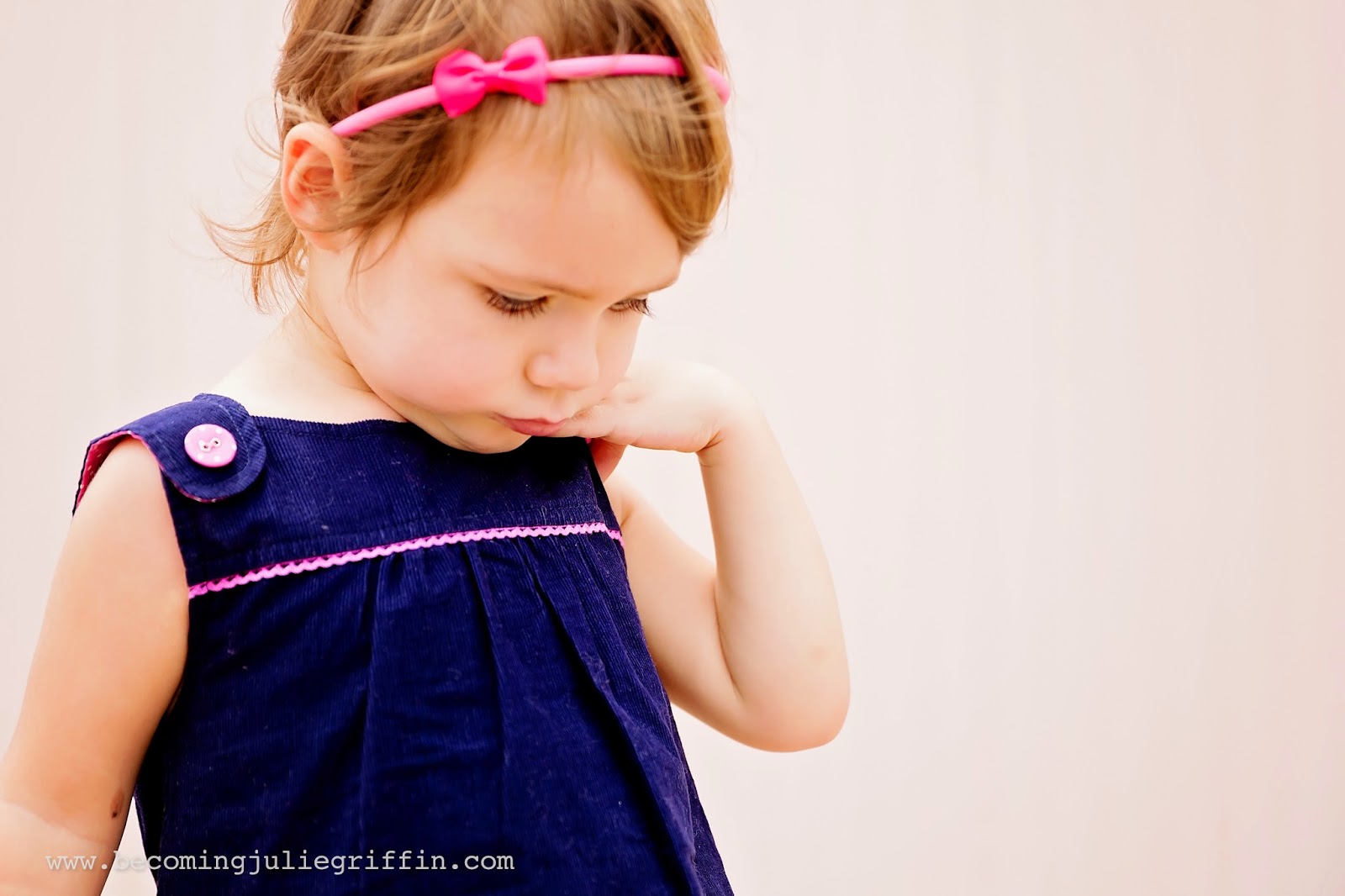 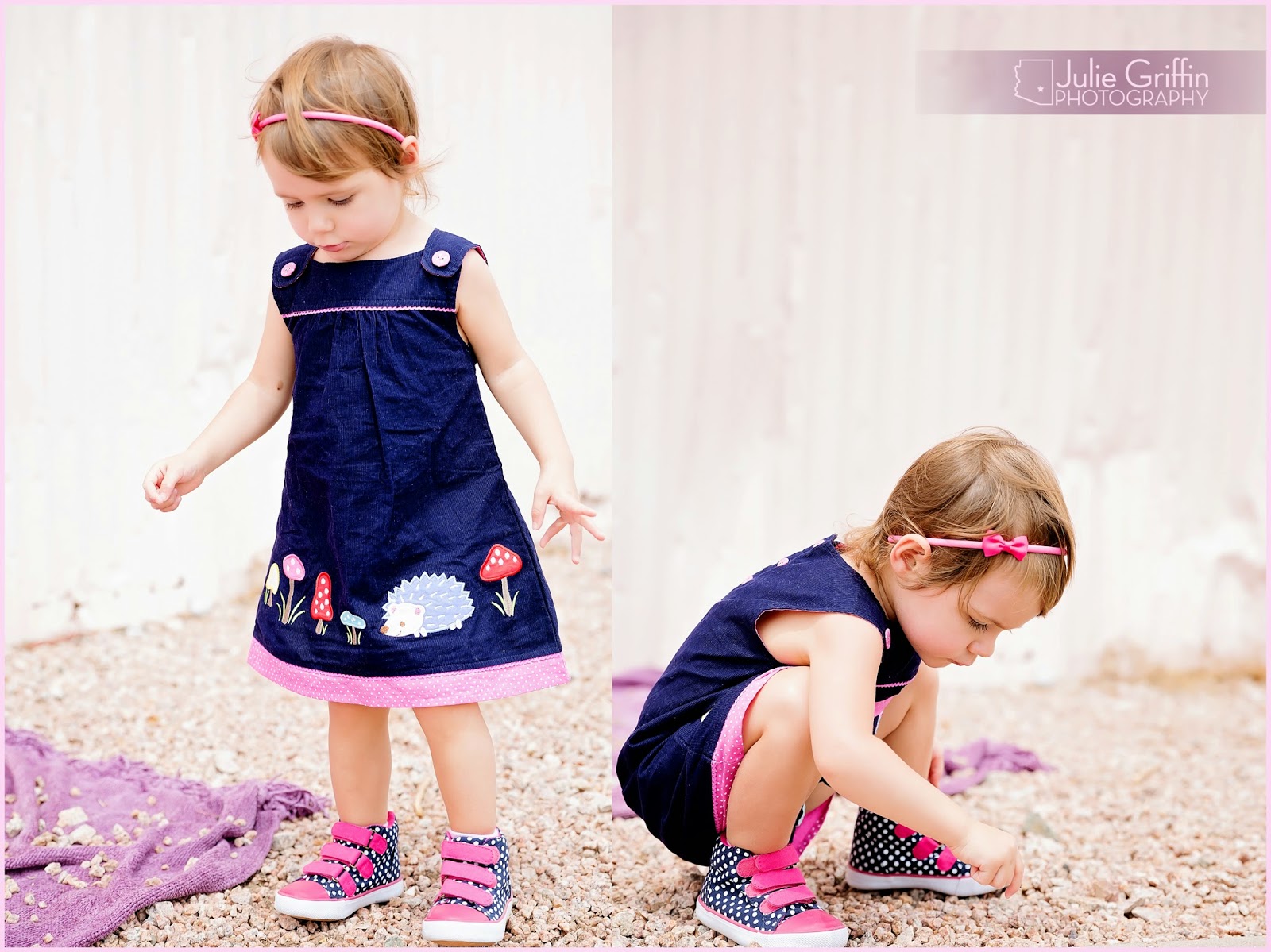 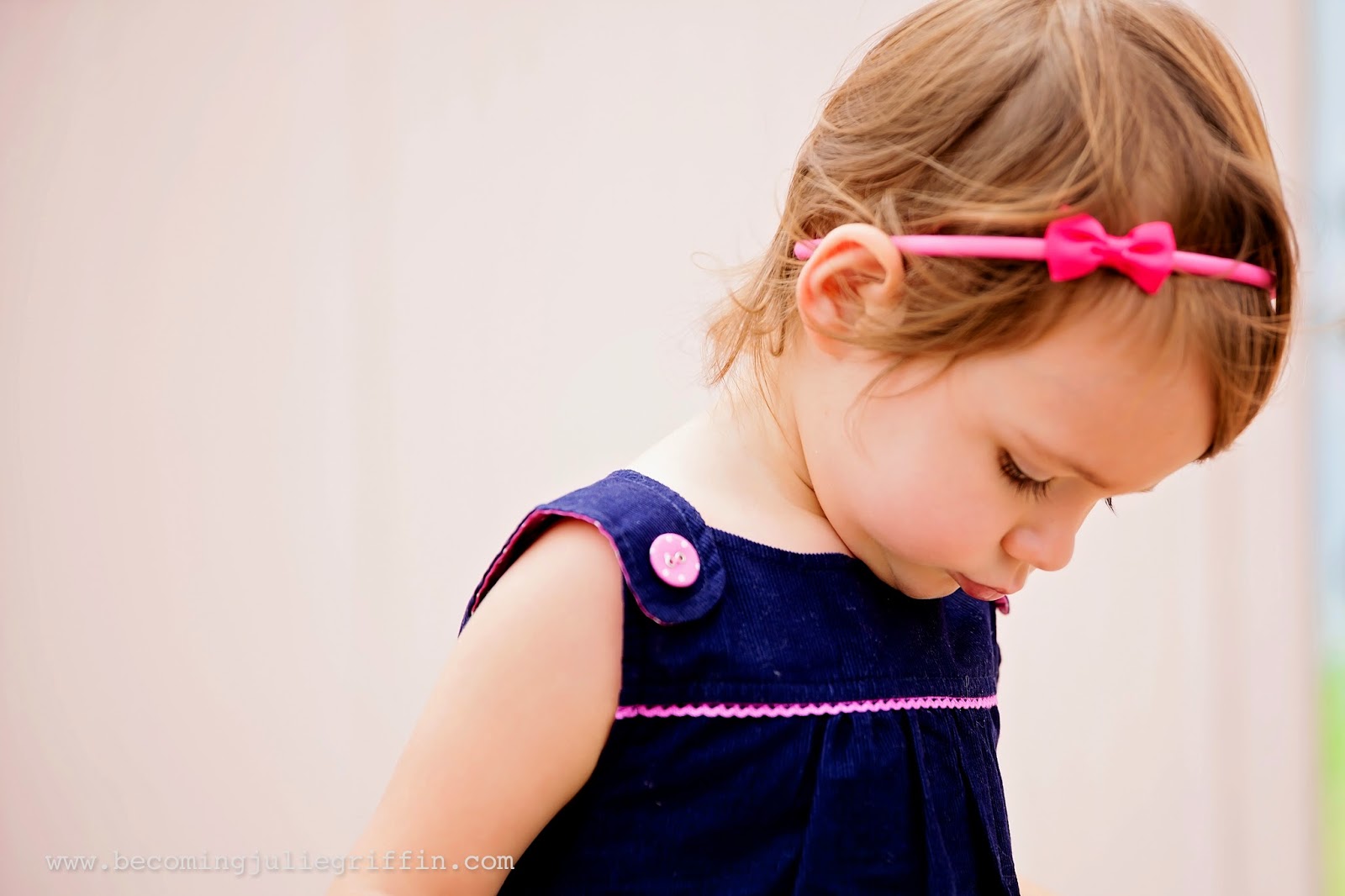 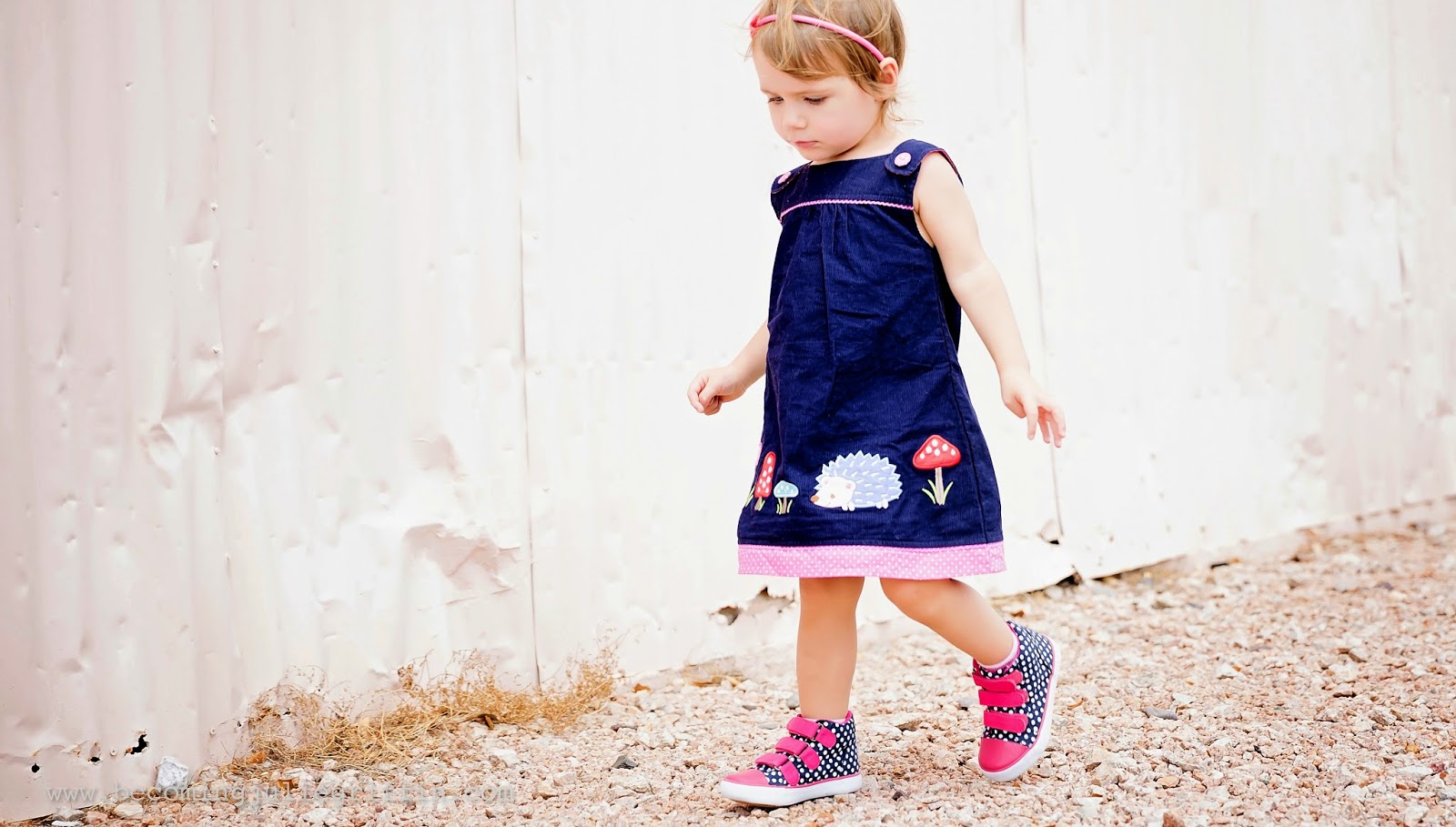 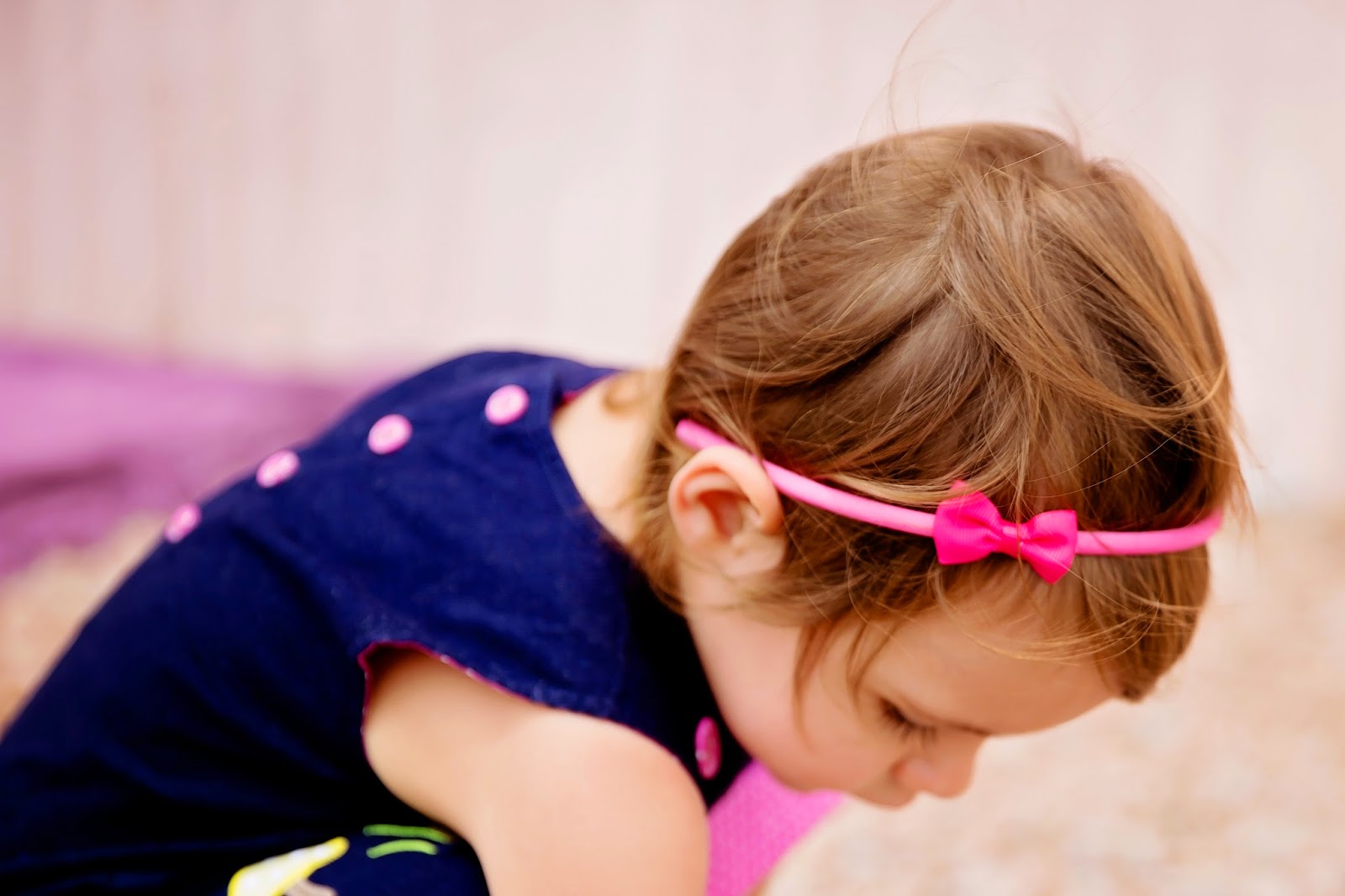 Pardon me while these age milestone posts get longer and longer as I do them less frequently!

Miss Penelope is now 25 lbs 12 oz and exactly three feet tall.  She's been wearing size 4 diapers, size 2T pajamas (for length), but mostly 18-24mo for shorts and tops.  She wears between sizes 6&7 shoes, depending on the brand.

Some favorite activities are swimming, drawing (not coloring, she'll clarify) especially with grownup pens and pencils, counting things, dancing, puzzles, reading, "cooking" in her kitchen, climbing anything that can be climbed.

She's learned the concept of "different," and uses this word to specify what she wants, and often to change her mind.  Different cheese, different shirt, different book.  It's neat to see the wheels turn in her head as she processes options and decisions.  Also, this requires much patience from Mommy and Daddy.

She is talking SO much.  She can also count to ten, sometimes higher, and can identify all 26 letters of the alphabet with about 85% accuracy.  Some favorite sayings are "That's Silly!", "Exactly, Mommy."  "Yeah sure." and "Very very good."  "Excuse me." (even to inanimate objects that are in her way)" and "Fox says oodalolly."  She is also very forthcoming with saying "Thank You."  She can sing, with pretty good accuracy, baa baa black sheep, five little monkeys jumping on the bed, the itsy bitsy spider, ABC's, twinkle twinkle little star, and a couple other tunes from start to finish.

Right now, everything is MINE.  She even claims that liking something is only hers, for example:
her: "I like pink."
me: "I like pink, too."
her: "No, my like pink."


A favorite pastime is hiding in our closet.  I have no idea what she does in there, but she doesn't seem to touch anything, and she likes to have the door shut, with the light off.  She says she's "hanging out" when I ask her through the door what she's doing.

She now gets in and out of the shower by herself, and I wrap her in a towel while she stands on the bathroom floor instead of picking her up and holding her while I dry her.  She can wet her own hair, wash her own body, and rinse off mostly by herself in the shower.  She hates to have her hair washed.  We've had success brushing her hair after bathing because of the "brushing the hair song" that I sing, wherein I list that every female she knows "brushes her hair" to the tune of Farmer and the Dell.

A few favorite foods: Soup. Oranges. Ice cream cones. Lollipops. Babybel cheese, yogurt with sprinkles, scrambled eggs, bacon, frosting, peanut butter, butter, cream cheese, jelly... anything you can put on bread...  Just this week she started eating fruit the grownup way, without me cutting it up for her.  She feels like a real big girl walking around holding her whole apple and munching tiny bites from it.

She still naps about three hours each afternoon (PTL!) and she sleeps about 11 hours at night.  She likes her alone-time in her crib before falling asleep, often opting to skip singing songs with me or Dan so she can just cuddle her teddy bear in solace.  We get to hear her sing to herself in the monitor, which I love.  Sometimes she stays awake in there for a good half hour before going to sleep.

For a little while recently she turned to our bamboo Aden + Anais blankets as cuddle / security items, but upon getting rid of the pacifier, she quickly gotten rid of those too.  On her second birthday, when the pacifiers officially disappeared for good, she also decided that all of her crib companions with the exception of her Jelly Cat brown bear had to go too.  I watched on the video monitor as she exiled each animal and blanket over the edge one by one at the start of nap time.  Then, upon realizing that no one was coming in to her room to give them back to her, she looked at them on the floor in despair and said "bye bye toys. bye bye."  Knock on wood, she's still never climbed out of the crib herself.

We use a time-out chair for punishment or "a moment to be by yourself."  Some days we don't need it at all, some days she's in there seven or eight times.  Regular offenses include kicking Mommy during diaper changes, saying "No!" when asked/told to do something, refusing to pick up her toys, and being unkind to others (in ways she knows are not ok).  Right now time-out is two minutes long.

She's pretty obsessed with books.  We still read to her before every sleep, but it's getting difficult as she often wants to pick a book and read it all by herself.  She gets to take one book into her crib every nap and bedtime, which she often looks at or "reads" to her teddy bear when she wakes up.

A quirk:  this is the phase of Suspension Bridge Penny -- a girl who likes to balance herself between two objects of furniture, especially the couch and the coffee table for long periods of time, carrying out regular activities such as eating, drinking, watching tv, reading, while balancing.

She is so very busy.  This is the most fun and most challenging age yet.  I feel like we are really parenting now.  It's pretty cool!