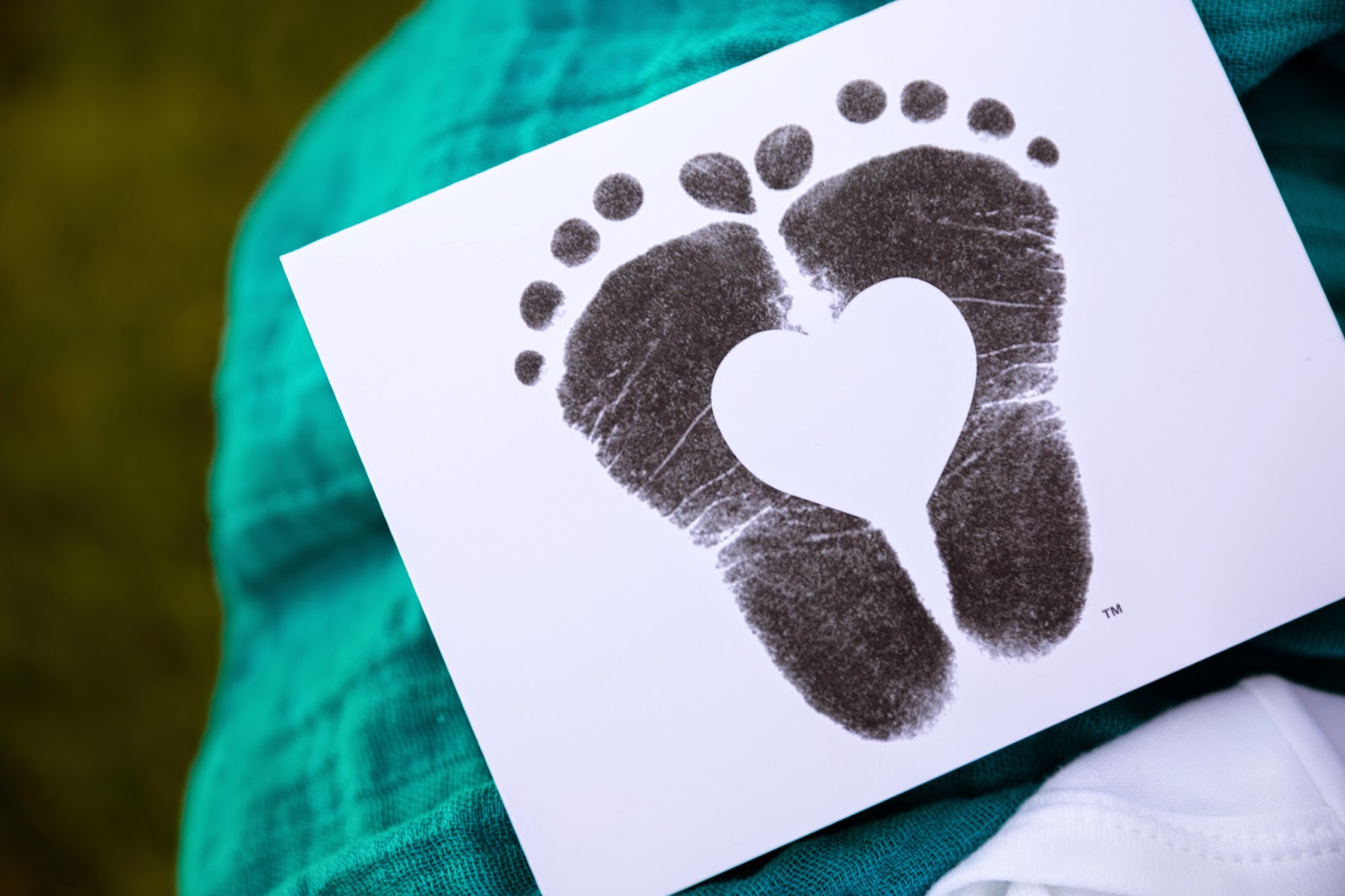 In the spirit of thanks and giving, I want all of you to check out the story of the two NICU nurses who started a company called Luc and Lou, making quality adorable onesies and giving back to babies in need.   Will you? 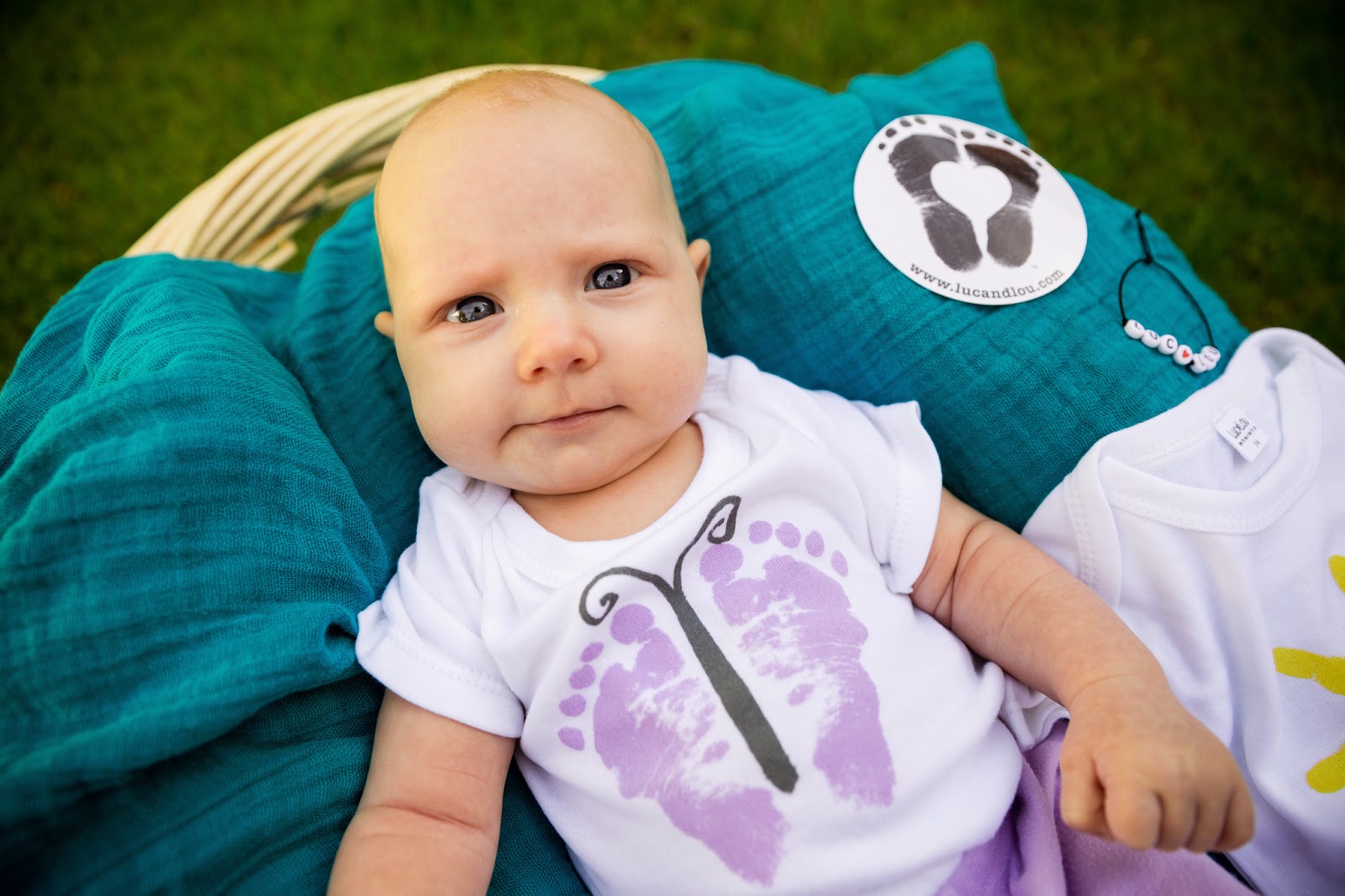 Consider one of these onesies as a stocking stuffer for a baby you know or for your next baby shower gift.   I'm giving away three of them on Instagram right now. Find my #lucandlougiveaway post to enter! 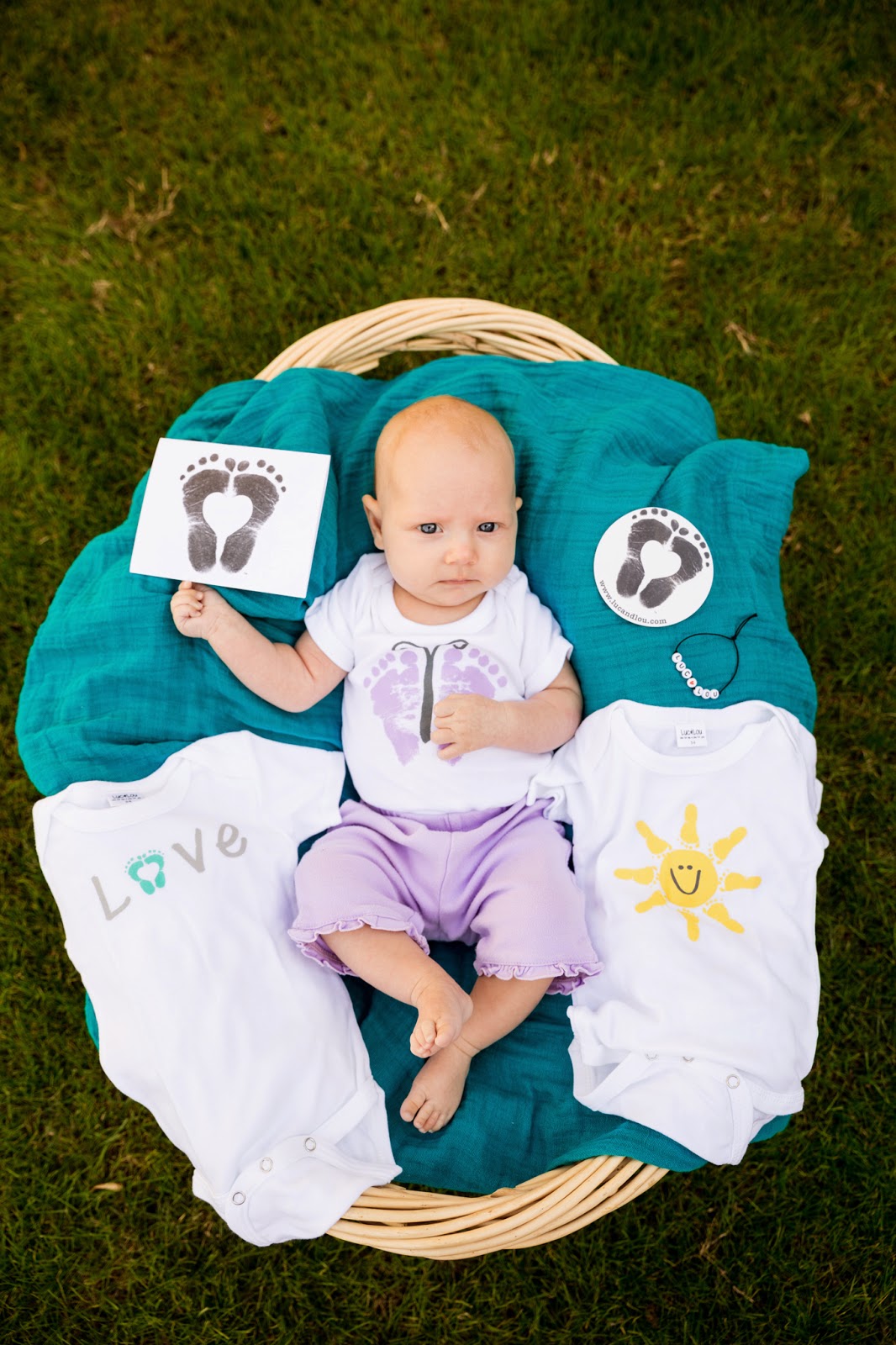 A Memory Story: All the Stuff in a Big Girl Bed 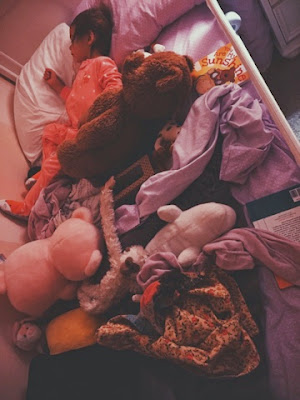 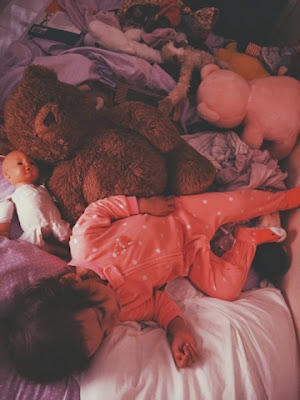 Tonight Penny randomly started crying about two hours after Dan put her to bed. She was mumbling something about an owie on her leg.

Dan went to check it out.

Namely Baby Beluga the whale was stuck by her thigh, probably constricting her leg movement, thus warranting the whining.  Dan said he had no idea how she got it down there, he was impressed.  It took him like ten minutes to get her pajama ensemble and bed arrangement back in check and come back upstairs.

I think this amount of toys and dolls in a toddler girl's bed is totally normal.  Dan is very concerned that she is going to grow up to be a messy person like her mama... 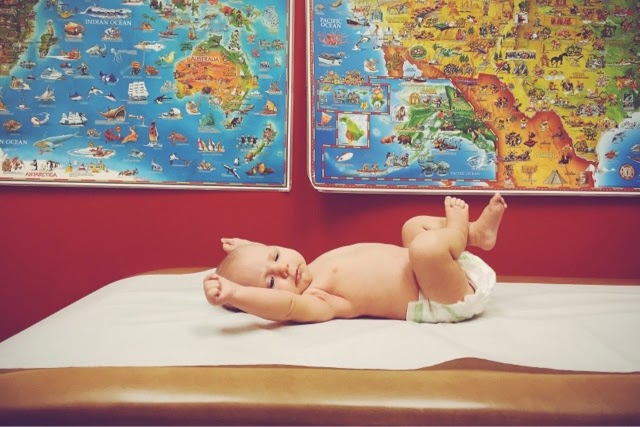 At exactly eleven pounds and measuring 24.3 inches long, she's in the 97th percentile for height and the 55th for weight.

Her baby acne is gone and her little face has really matured in the last month and she uses it for all kinds of expressions.  I think she's looking a little bit more like Penny but convincingly she looks more and more like my side of the family.  Penny looks so much like Dan that it's fun for me to have a "Cole Baby."

She's a baldy for sure, with not much but some blonde fuzz on top and that backwards crown of long hairs at the top of her neck.  I just realized she doesn't have any birthmarks.  Her eyes are still blue.  She's got little fat rolls in her armpits and on her thighs that I think are adorable. 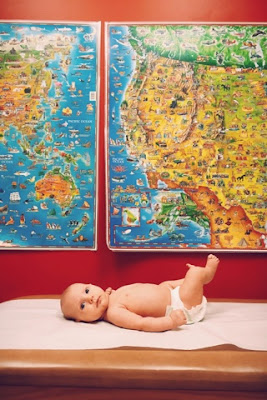 She's very chatty and alert. When she does baby babbles, it comes out "ow" and "goo" and a long sound like someone rolling their R's.

The pacifier is definitely her mute button. She's also been sucking on her hands and wrists like a fiend whenever a pacifier isn't readily available.  I hope this doesn't mean she's going to evolve into a thumb sucker but we shall see.

She absolutely loves having books read to her, especially books with lots of big pictures with lots of contrast. She looks at them with such interest. I can really tell her eyesight developed a lot these last few weeks.  I've been changing her diapers on top of our kitchen island instead of on our bed (because I've been having some back problems) and today she was singing up at the colorful flowers sitting in a vase right next to her.

This month she had her first shower (of many to come). She also lets me cut her fingernails, which used to be something I dreaded doing.  She actually likes tummy time and is quick to give smiles and happy grunts during her workouts.  I think she might eventually be an early sitter upper or crawler because her head control is pretty good for this age.  Maybe that's because her head is so light (14th percentile for head size).

She has a way of finding lint and other grossness to clutch in her hands, so I have to constantly be unclenching her fists and cleaning them out.

She's got the cutest little sneeze.

She's most likely to cry if something needs to go in or out of her body (like milk, barf, air, pee or poop.) or if she's tired.  Weird, I know.

She handled her 2-month shots at the doctor's office like a boss.  Didn't even need to nurse after, just the pacifier, then she passed out in the car seat for two hours.  She's one tough cookie.

This month she had her first bottle and she took it like a champ. I've been pumping since she was born preparing for busy photography season (now) knowing she'll have to be away from me for feedings when I have my longer sessions. She took her first bottle from my mother-in-law and has taken three others from my husband. It is such a relief to me that we had no issues with her taking a bottle.  I remember when we started Penelope on bottle feeding, it was a little rocky at first.  There I go comparing my children... is it possible not to do that?

She still spits up almost every feeding and gets the hiccups all the time. She's nursing on demand, which is usually every 2-3 hours during the day.  She can be a real feisty eater, squirmy and grunty.  We are still figuring out our latch situation in certain nursing positions, but all in all, it's going well.

She's given me four nights (not in a row) where she slept a solid 8+ hours. It's not consistent yet but I see this as something to celebrate, considering our Penelope didn't sleep through the night consistently until she was over seven months old (there I go comparing again).  She does best when we swaddle her with these specific blankets. She also has one pair of pajamas that I call her 'lucky duck jammies' because she's been wearing them every time she slept through the night, and they have ducks on them.

We just moved her out of the bed and into the pack'n'play in our room.  She's not too cuddly when it's sleep time, she likes to be swaddled, put down, and left alone when she wants to sleep.  And, Dan and I are glad to have as much real estate as possible on our own mattress.


Momma didn't have time for baby portraits this month because she's been so busy with photography clients, but keep an eye on the Instagram feed for the latest antics of Penny and Josie! 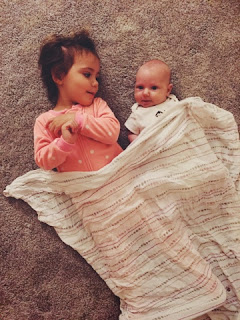 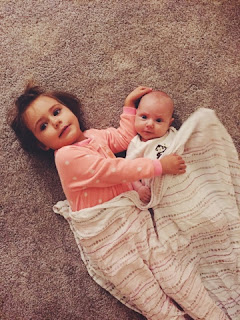 Thank you for sharing two blankets with me and for letting me lay in your tent. Reading books in your big girl room before naptime is my all time favorite thing to do. And I love when you sing to me.

Please stop poking me in the head.  Also, it's super hypocritical for you to say you don't like it when I cry in the car when you cry wayyyyy louder than me sometimes.

I think it's super cool that you can dance so well and I like to watch you.  I can't wait until I'm big like you and can hug all the stuffed animals you put in my face. Please don't get frustrated when mommy stays in bed a little longer because she's nursing me.


Also, remember, I can't eat cashews because I don't have teeth. 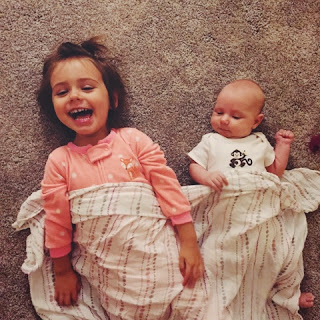 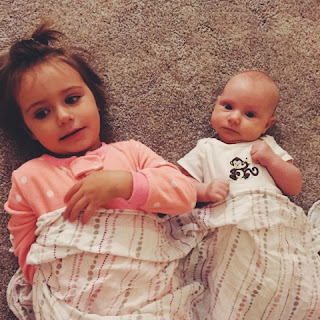