The term 'salt to taste' has always been funny to me. As though you are going to taste the food while you are making it, even if it's something you shouldn't be putting in your mouth before it's cooked. Or in this case, when it's water you are boiling. I'm not going to taste the boiling water to see how much salt I want to put in before I add the dry pasta.

I digress. Today I cooked.

I actually chopped up a bunch of vegetables, even used one of my Pampered Chef items that I purchased last year because I just had to have it for all the cooking I was going to be doing…

Also survived the grocery store with two kids, which is always challenging. And got the dogs groomed.

Even though my house still looks like it did when I wrote my last post, I am calling today a win. 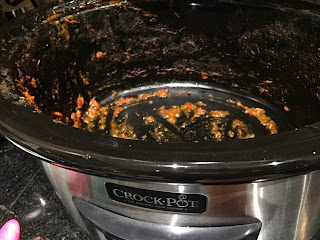 In other food news, started this one on solids. By which, I mean I chopped up some oats and mixed them with breastmilk so she could spit it all over herself and clutch the spoon for dear life. 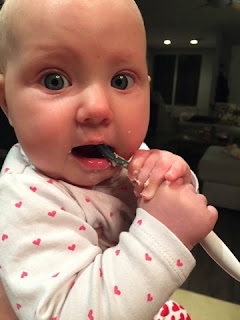 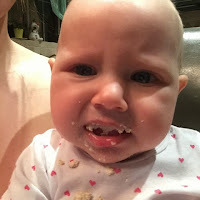