On Joining a Gym 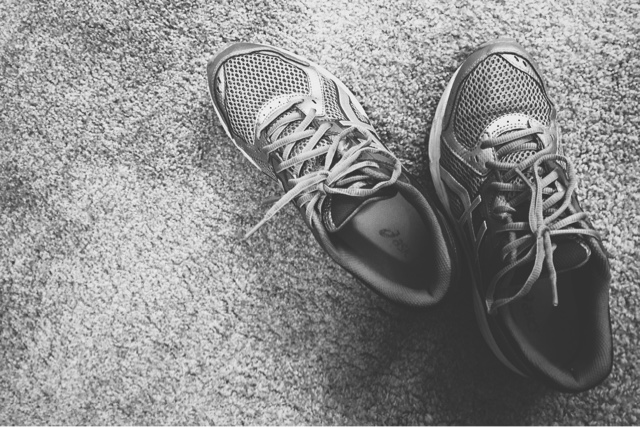 Dan says that when he wants us to do something that I might not be on board with, he has to wait until he can let me think that it was my idea.  [I plea the fifth.]

He's mentioned joining a gym a few times over the last few years but I've always thought it was a dumb investment and that we would never go enough to justify the cost.

This week in a moment of vulnerability, I got a hankering to get on the gym train so I can utilize some free (well...) childcare to have some time to myself to make some good choices for my health and fitness.  I need something.
The yoga groupon I bought isn't working out because I stay up late working almost every night so a 5am class just isn't realistic for me on a regular basis.  I tried the whole "go for a walk/jog and push the girls in a stroller" thing and... that was about the worst workout experience I could have ever imagined.   SMH all you stroller-pushing joggers.  I want my kids far far away from me when I'm trying to burn calories.

I've got about twenty-five extra pounds hanging around and they're really weighing on me.  I have a business and a job that I love now, but I still sit at a desk most of the time.  So it's gotta be something.  Something with childcare.

My first thought when we decided to tour two local power house fitness clubs was "I hope I don't see anyone I know."

Not sure why.  I told Dan it's because when I work out (by 'when I work out' I mean hypothetically, because I haven't actually exercised on purpose four times since we got married), when I work out I like to be left alone, in my zone, and not be bothered, not socialize, not have to pretend I want to see people or that I don't hate working out.

Truthfully I think it's that I feel such shame and disappointment that my physical condition is what it is.  I used to be an athlete.  I was thirty pounds lighter on my wedding day than I am right now. Thirty pounds.  And in my self consciousness, on some level I've convinced myself that maybe if others don't see it for what it is [ that I can barely handle twenty minutes on an elliptical machine ] then it won't be true.  As if other people can't actually tell how much heavier I am these days.   My own daughter didn't even recognize me in a wedding photo.

So, it's out there now.  My name is Julie and my family joined a gym today because I am tired of having inadequate health and wellness.

If there's one thing I've learned from having an Apple Watch, it's that chasing a toddler / baby combo all day is not exercise.  "I'm a mom. I burn calories all day long chasing kids." I thought.  False.

Another myth: breastfeeding makes you lose weight.  More about that here.

So here I am.  And there I was.  First time "working out" in a gym in years.  We sat through two presentations, made our decision, did the signup thing and paid the enrollment fees with squirming daughters on our laps.

Dan took Penny to the pool.  I got Josie checked in at the childcare center, went pee, by myself thank you very much, and found my way to the cardio machines.

I fumbled with my iPhone to get the right music going and thought about the giant video iPod I used to work out with when I lived in Scottsdale. There were no touch screens then but I longed for my old playlist.  Pandora just wasn't cutting it and Apple Music wouldn't load (#FWP I know).

I got my heart rate up. Broke a sweat. Tried three cardio machines for eleven minutes each. Puttzed around the weight machines because oh my overwhelming gonna have to work with a trainer, used two of them (probably incorrectly).

Then I felt an instinct that I should go check on Josephine.  I hadn't heard them page me over the intercom because of my Pandora jams.  But who using intercom pages anymore?  Text me would you?  It's 2015!   Sure enough, mother's intuition, Josie girl was losing her mind, crying harder and redder and sadder than she ever has cried in her whole life, the sweetest easiest baby who rarely cries at all.  And she had pooped herself.  They don't change diapers there (which I'm ok with, but did she really have to poop then?)

By the time I went back to my locker to get a clean diaper, borrowed some baby wipes from another mom because I forgot to pack some in my new gym bag aka purse, lovingly changed that monster of a poo poo and topped her off with some breastmilk, the infant room was closed for the day.  There went my cool down and stretch.

So, myth number three shattered: you can't ever really get away from your kids.  At least not when they're babies, at least not at the gym, at least not today.

As I was breastfeeding in a corner, I gazed at other women walking by. Admiring and resenting and awestruck and jealous all at the same time toward the really skinny fit ones who also had children in the childcare.   I never looked that good, even before I had kids.   I could watch all the inspiring "love your body just as it is" social media videos on the entire internet and I would still feel these feelings in this scenario.  But, baby steps.

I'm calling it a 40 minute workout but my Apple Watch says I exercised only 22 minutes today.   We will see what my body says about it tomorrow.

I took a selfie in my underwear so I'd have it has a "before" picture for when I get all cute and narrow again.  Then I deleted it from my phone.

I think my less-than-glamorous first day back at a gym is "This is not going to be easy" staring me right in the face.